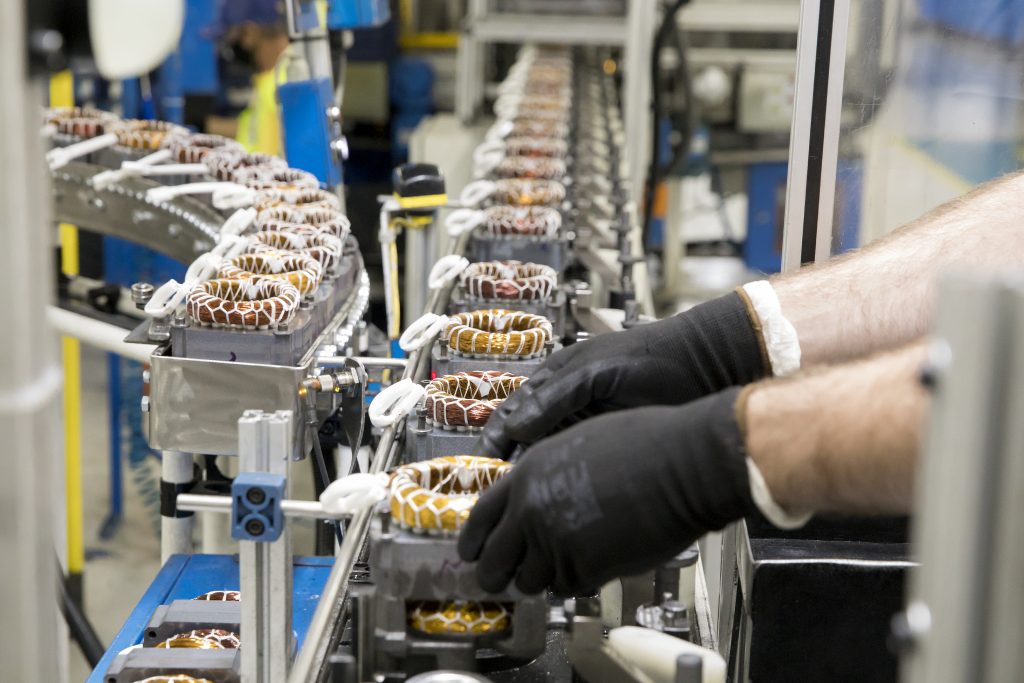 June 2021 – Nidec Global Appliance, holder of the Embraco brand of refrigeration solutions, started its new fiscal year announcing the investment of 70 million dollars to leverage and set up new production lines of best selling refrigeration compressors and condensing units in several parts of the world. The new lines will increase the annual production capacity by more than 10 million units, which will be added to the current capacity of 45 million compressors and condensing units per year. The investment goes to manufacturing plants that produce Embraco solutions in Austria, China, Brazil and Mexico.

“This investment is motivated by a composition of factors, being one of them a consequence of the Covid-19 pandemic: as people all around  the world are spending more time at home, it has become increasingly important to re-evaluate the level of quality and energy efficiency of residential appliances. In parallel, more people at home means more consumption of fresh food, increasing the demand for refrigeration in the food retail sector, such as supermarkets and convenience stores”, explains Nidec Global Appliance’s CEO, Valter Taranzano. Cooling is also a key factor in the health and scientific industries, two sectors that had a demand increase for refrigeration due to Covid-19.

With three business units – one dedicated to solutions for commercial refrigeration equipment, other to compressors and motors for residential appliances and another to components for HVAC systems – Nidec Global Appliance, a division of Nidec Corporation, has a robust plan to continue expanding its portfolio as well as operations, which currently involves 15,000 employees in 16 manufacturing plants.

According to the International Institute of Refrigeration (IIR), the demands of refrigeration and air conditioning together respond for 17% of the electricity consumption in the world. After reliability, the strongest wave of evolution in compressors and market demand has been energy efficiency. Variable speed compressors, also known as inverter technology or VCCs, are a more environmentally responsible option that provides significant energy savings compared to traditional on-off compressors. “That’s why Nidec Global Appliance has been increasing the production of this kind of technology in its manufacturing sites around the world”, explains Valter.

In Fürstenfeld, Austria, the investment of 5 million dollars in the manufacturing plant is enabling it to start the production of two variable speed models, FMX and VES. These highly energy efficient compressors will be destined to the European market, improving speed on service level and strengthening partnerships due to proximity with customers.

In China, Nidec Global Appliance’s manufacturing site in Beijing is receiving an investment of 3 million dollars, to increase the annual production capacity of VES, VEM and FMX. The target market for the products are Asia, mainly China and Japan, Europe and the United States.

The three compressors families mentioned (VES, VEM and FMX) are technologies used by refrigeration equipment manufacturers (OEMs) worldwide, but especially in those countries that have stricter energy consumption regulations for appliances, and those where technology is a key buying criteria. These products, for using variable speed technology, have another appeal: adapting to different levels of voltage fluctuation, a condition that is present in many regions around the world. All three can be used in residential and some small light commercial applications, in segments such as merchandisers, food service and food retail.

“For being variable speed compressors, with the option of running on natural refrigerants, these solutions optimize energy consumption and give OEMs the flexibility to customize their product according to each market need. From the end users perspective, whether they are food retailers or homeowners, these compressors mean efficiency, reliability, sustainability and energy savings”, explains Guilherme Almeida, Strategic Planning Vice President at Nidec Global Appliance.

Investments in Americas are focused on cooling systems and traditional compressors

In Brazil, the manufacturing plant located in Joinville will receive 21 million dollars in investments to add a third production line of EM compressors and deliver additional 2.5 million units per year, on top of a 4 million dollars investment already on going to increase productivity. The EM family is one of Embraco brand’s best sellers, used in residential and light commercial applications all over the world. The new production line will deliver the most advanced generations of the family (EM2 and EM3), combining high cooling capacity, energy efficiency and competitiveness, and will respond mainly to high demand levels in Brazil and Latin America. It is a fixed speed compressor running on natural refrigerants R600a and R290, suited for a variety of applications, such as home refrigerators, supermarket’s refrigeration equipment, professional kitchens and merchandisers.

In Mexico, the production site in the city of Apodaca is receiving investments of 35 million dollars to build a new production line of ES compressors, increasing by 60% the site’s production capacity. It will be focused on responding to the North American market demand, supporting the transition to natural refrigerants in this region, with the addition of an increased cooling capacity in comparison with previous families. In total, Nidec Global Appliance is investing about 70 million dollars in its plants in Mexico, focused on the aforementioned capacity increase and processes automation.

Another investment is being made in condensing units’ production capacity expansion. The offer of these cooling systems is a strategy Nidec Global Appliance intends to amplify. So it will invest around 2 million dollars in its Itaiópolis’ manufacturing, in Brazil. The investment will increase production capacity by 25%, serving mainly the Brazilian, Latin American and North American markets, with a smaller portion destined to Europe and Asia. The plant in Itaiópolis produces condensing units of all sizes, from the ones used in water purifiers to the ones with 6HP of capacity, used in cold rooms.

“In addition to responding to our customers’ demand, this investment package also puts us ahead of the game to support the transition to natural refrigerants and to variable speed (more energy efficient) compressors, which are two movements that are ongoing in different stages in many parts of the world. And, of course, we need to have the production capacity required to support our future growth plans,” concludes Taranzano.