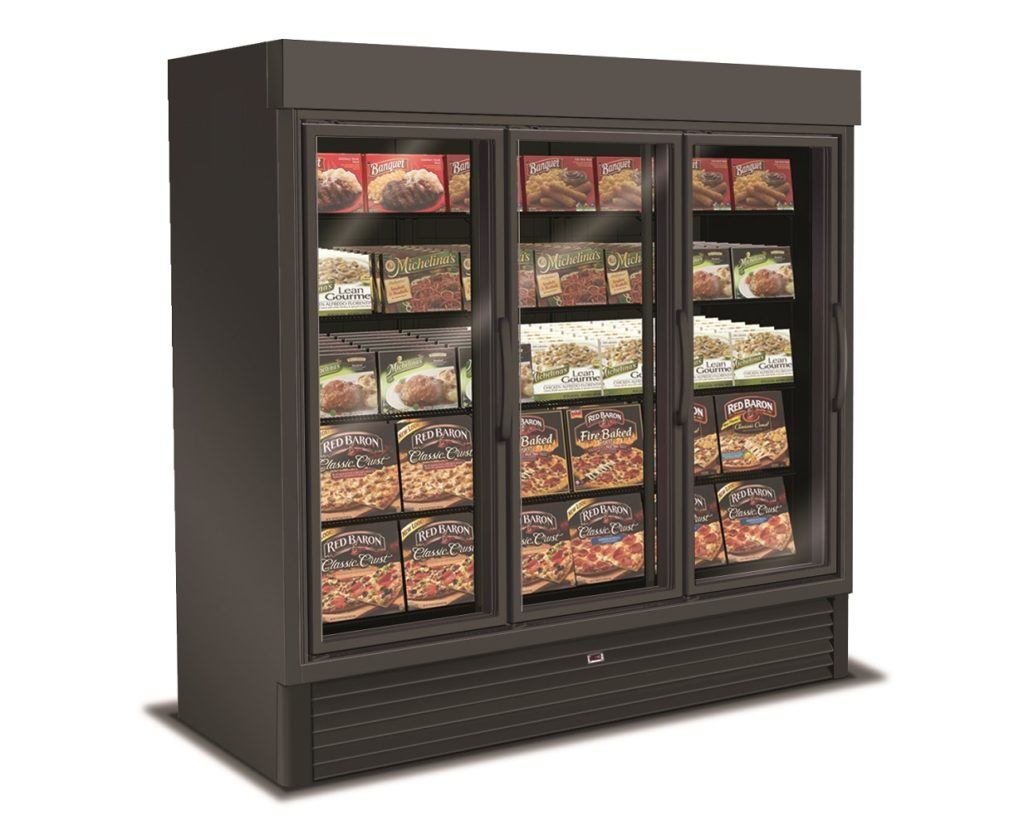 June 2022. Embraco, a global provider of refrigeration technology for the complete residential and commercial cold chain, and a portfolio brand of Nidec Global Appliance, presented on June 7th a new case study, in partnership with original equipment manufacturer Hussmann, showing up to 29% energy savings after switching from a fixed speed to a variable speed compressor, both running on natural refrigerants. The study was made with two Hussmann’s grab n’ go freezers, typical refrigeration equipment in convenience stores as well as common in the front area of supermarkets.

It was presented at the latest Atmosphere America Summit, in Washington D.C., a two day event (June 7 and 8) that gathered key industry experts, policymakers, end-users, manufacturers and contractors to discuss the latest developments in natural refrigerants-based solutions.

The other application was a two-door grab´n go freezer in which an Embraco NT compressor was also replaced by an FMFT, showing a reduction of 19% in energy consumption and 35% less variation in product temperatures. “The variable speed FMFT, with 12.7 cc of equivalent displacement, replaced a fixed speed of 22.4 cc. Even with such a difference, the FMFT was able to deliver the same cooling capacity and promote significantly higher energy efficiency,” explains John Prall.

The Embraco FMFT is part of the FMF portfolio, the most energy-efficient commercial refrigeration compressors lineup in its category of cooling capacity. It has a maximum displacement of 14.7 cc, which is equivalent to a 20.5 cc (60 Hz) fixed speed compressor, due to its overdrive feature. It is also bivolt, which means it operates in 110V and 220V. It uses variable speed technology, which means the compressor adjusts its running speed to the demand required by the refrigeration equipment, resulting in considerable energy consumption reduction compared to fixed speed compressors (also known as on-off).

In both applications of the case study, the estimate of payback for end-users, considering the energy consumption reduction, is of two years. “Another gain comes from the temperature stability, avoiding the product shrinkage caused by ill preserved food”, adds Prall. “The variable speed compressor can overcome temperature variations caused by door-openings much faster than the standard on-off compressor models, thus improving food preservation and attending to the best practices of food safety regulations in the United States,” he describes.

In the case study, the devices were controlled by Embraco Smart Drop-In, a control logic software that simplifies the use of variable speed compressors and eliminates the need for a control unit in the cabinet, making the migration from fixed to variable speed more cost-efficient.

With the results achieved, both cabinets in the case study met the E-Star certification requirements for commercial refrigeration equipment, both current and the ones from the 5.0 version that is under development. “Our results also meet probable future stricter standards from the Department of Energy (DOE), which the market expects to be issued within the next two years, and that might be as rigid as the Energy Star 5.0,” says Prall.

“Our promise is to continuously provide the most customer-focused solutions in the food retailing industry, and we see a great demand for more energy efficiency, for financial, environmental and regulatory reasons. That’s why we decided to develop with Embraco a whole new portfolio of variable speed applications,” says Michael Schafer, Vice-President of Core and Distributed Case Products at Hussmann Corporation.

Reducing energy consumption also helps to lower the amount of greenhouse gas emissions from refrigeration. The energy savings obtained in the case study mean an estimated reduction of 4,376 kilos of CO2 emissions per unit in the two-door grab´n go freezer during his life cycle, while for the three-door model, the amount reaches 10,013 kilos. The use of natural refrigerant R290 is also more environmentally sustainable, for having no ozone depletion potential and global warming potential close to zero.

The case study presentation can be downloaded from: https://materials.refrigerationclub.com/embraco-portfolio-for-nar-region