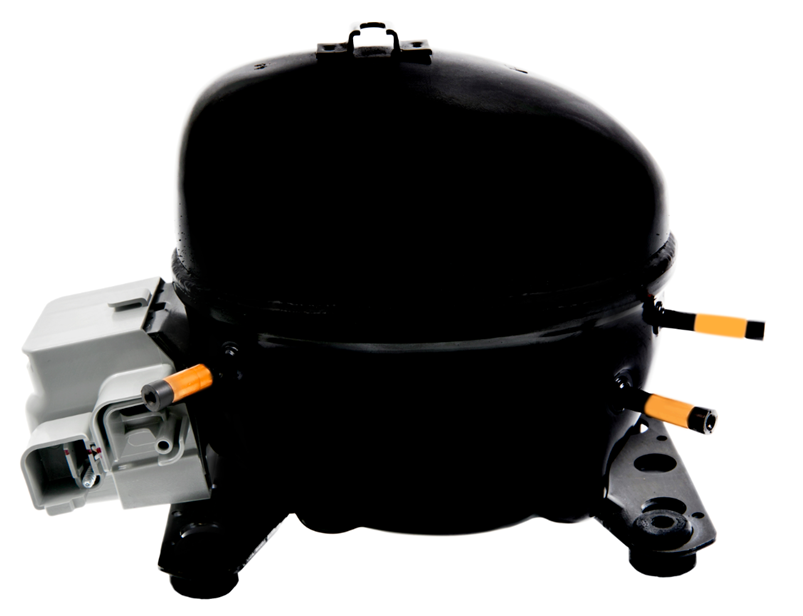 Suitable for a variety of commercial applications, the X Generation for the North American region has four of the most well known product families updated for the upcoming market requirements: EMX, NEX, NTX, and NJX

May 2022 – Embraco, a global provider of refrigeration technology for the residential and commercial cold chain, and a portfolio brand of Nidec Global Appliance, has a new generation of compressors for commercial applications in the North American market. Each platform is an evolution of previous generations and brings a set of specific attributes, such as higher levels of energy efficiency and extended cooling capacity. Called the X Generation, it is composed of a set of robust models from the EMX, NTX, NJX and NEX compressors families.

The whole new generation was designed for the use of natural refrigerant (R290). “This is part of our strategy to keep investing in future proof solutions, but always keeping our legacy products for the existing refrigerants”, explains Michel Moreira, Sales Director at Nidec Global Appliance, where he is responsible for Embraco’s commercial products portfolio in the North American region. The X Generation compressors are also highly energy efficient, supporting commercial refrigeration equipment manufacturers to comply with the upcoming energy efficiency regulations for the sector.

With the exception of the EMX-HST, because of size limitations, this generation was also designed considering its use with the new R290 charge limits that are expected to take place in the US in the near future. These product families can handle larger flammable refrigerant charges increased from 150g to 500g [17.6 oz], in open cabinets and to 300g [10.6 oz] in closed ones. It would enable the adoption of R290 products in larger commercial refrigeration applications. The new UL standard on the subject was recently published, but before the new charge limits could be implemented in the U.S. they first need the EPA SNAP approval as well as require Ashrae 15 Standard and Building Codes update.

The four platforms have been launched in waves in the North American region, with the EMX HST (High Starting Torque) getting to customers in the end of 2021, the NJX in the first part of 2021, and the NEX and NTX in the end of 2020. Each family responds to specific market demands.

EMX for merchandisers and under counters The EMX HST is the third generation of the EM compressors platform, now bringing the feature of high starting torque at the highest energy efficiency level in the market. It allows this product family to serve applications that require a robust compressor, capable of starting in situations of high thermal load, like constant door openings and frequent product reload. This feature makes it highly reliable for applications such as bottle coolers, beer merchandisers, under counters and professional kitchen’s reach in freezers and coolers. The EMX has a range of displacement from 4cc to 9.5 cc and is produced in multiple plants, including in Mexico, which adds to the product a logistics advantage.

“The X Generation is differentiated by its higher level of robustness, compared to its previous generations, dealing even better with severe applications conditions, such as constant door openings and high ambient temperature,  and having an even better balance between energy efficiency and food preservation, to address the respective product requirements”, says Moreira. NEX is the fourth generation of the NE family, which is known for its high robustness and low noise levels, now featuring relevant improvement in energy efficiency,  up to 10% in low temperature applications. It also presents a larger cooling capacity, with the extension of its maximum displacement from 18.7 cc to 21cc. It is a solution suitable for applications such as display cases, ice makers, professional kitchen refrigerators, beverage coolers and blast chillers, due its robustness and reliability. The NTX is the next generation of the NT series, developed to address the increasing demand for high energy efficiency and lower noise levels in large cooling capacity compressors for commercial refrigeration equipment. The increase in maximum displacement of this platform in comparison with the previous generation is from 27.8 cc to 33 cc (18%). The NTX is developed for applications that demand robust cooling such as multideck reach ins and ice machines. NJX is a new and extended generation of the NJ series, now reaching up to 2 HP on a single piston compressor, a solution for food retail applications with height restrictions. The increase in maximum displacement, in comparison with the previous platform, was from 34 cc to 38 cc (11.7%). This product stands out for its high efficiency, low noise, robustness and reliability, with a compact and competitive design.